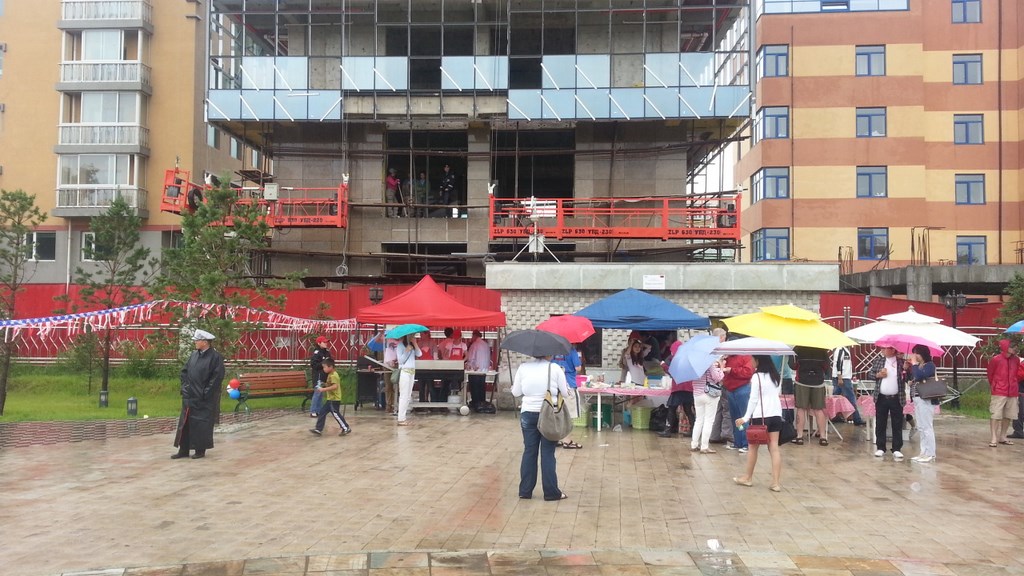 Yesterday was 6th July, but since the 4th had been on a weekday, there were American Independence Day celebrations held on the Saturday.  Arranged by Brigitte Cummins, a German lady who had been married to an American, and who has been living in Ulaanbaatar for some 16 years.

Unfortunately it was a rainy afternoon and less people turned up than they had expected, I guess.  There were great hotdogs available though, as well as cold Chinggis beer.  And the small crowd who moved between the various umbrellas was in good spirits.

The stalls selling hot dogs were staffed by friendly local 'volunteers' (probably encouraged somehow by Brigitte) and here my colleague David is documenting some of them while enjoying his food.

The rain eased up a bit later (after we had left) and we could walk back to the apartment, via a few shops, almost completely dry.  Hoping for some better weather in the few remaining days here, before I return home on the 12th July.

Views from my 2nd UB Hash