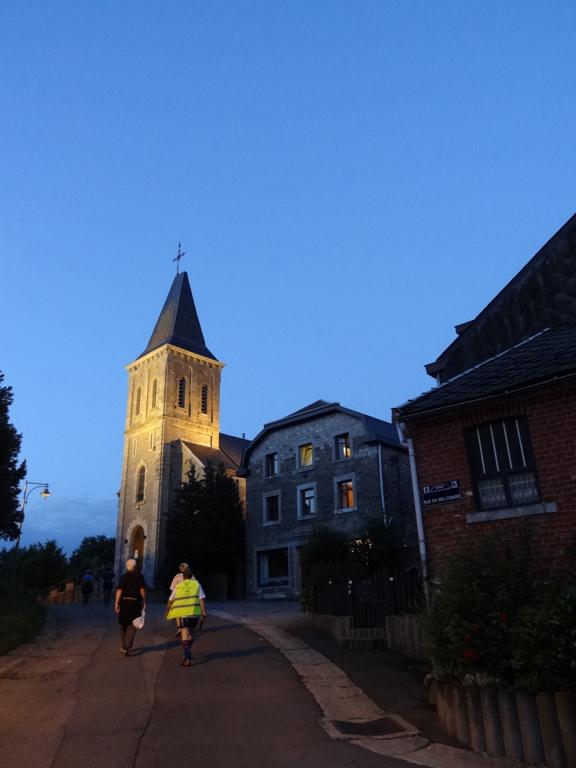 Though I usually write about (semi)professional issues, or at least work-related ones, I want to share something about this last weekend, when I travelled to the Belgian Ardennes with my wife and two of our sons.  We stayed at the Camping Grand Bru near the little village of Villers – Ste. Gertrude.  A very nice location, though the camping site itself is in need of some refurbishment, which is ongoing, fortunately.

This picture show a church tower in the village, that we approached towards the last drinks stop on the first day's walk.

Reinhardt is member of a social/running/walking club and this was some sort of anniversary weekend, where he was allowed to bring his parent and brother, even though all of us had last participated in this sort of thing some 13 or 14 years ago, while still living in Accra, Ghana.  It was great to be walking and socialising together, again, even though one of our number was not there.  Fortunately Marina and I had opted for the easier and shorter walks, while the boys took longer runs, even including thrashing by bramble bushes and nettles.  They have the scars to prove it, but still seemed to enjoy the experience.

The countryside is quite pretty, and it feels good to walk through it, even though quite a bit of hill-climbing and slipping in mud is involved.

Part of the fun was the socialising before, during and after the walks.  This next picture shows us doing just that (with the aid of some cold beer) after Saturday's walk.